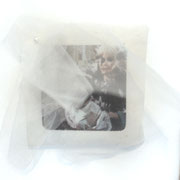 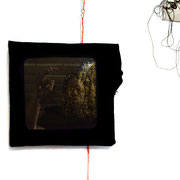 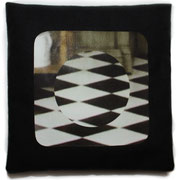 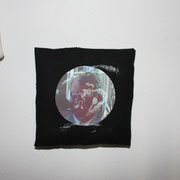 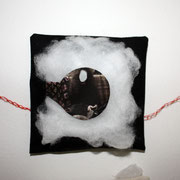 I was and am particularly interested in US-TV shows and mainstream movies as part of "American culture" and how they picture or construct everyday life situations.

Often people are filmed in bed, on bed, making phone calls, eating pizza, writing, working, reading, thinking, being sad. In many cases there is a coverlet, that I personally only was informed of its American existence via movies or shows: a quilt.

The quilt itself has a complex and long history; it plays an important role in American history, not at least as a keeper of dreams and memories.

In general, patchwork-technique is used to make a quilt. Here, I made single patches that are loosely connected with scattered strings. Instead of personal emotional memories  (e.g. pieces of worn-out clothes) I collected screencaps and film stills and try to extend their already frozen lifetime.